Doing the dishes is annoying and gross and boring and I can’t get enough of it!

It has to do with operant conditioning - shaping behavior through reinforcement, punishment and so on.

We all know about rewarding good behavior and punishing unwanted behavior, but I’ve only recently become aware of just how well researched and precise the science of operant conditioning is. It’s actually fascinating. There are answers to a whole bunch of questions, like:

Turns out there are answers to these questions.

Why gambling is addictive

Another important fact is that random rewards are more effective than consistent ones. If you reward a lab rat with a food pellet every time it presses the correct button - this is called a fixed ratio schedule. If, instead, you vary the frequency of rewards, sometimes rewarding after pressing the button three times, sometimes after six times, and so on, you’re using a variable ratio schedule, which, it turns out, is way more effective. It is also more effective than interval schedules, like rewarding once every 30 seconds (that just makes the rat wait for about half a minute before bothering to press the button).

When you think about it, this a major reason why slot machines can get so addictive. If a slot machine paid out consistently, yielding 99 cents for every Dollar you bet, it would be no fun. But since it sometimes pays out, and sometimes not, sometimes a lot and sometimes just a little, we keep playing like lab rats. We love that variance. I’m guessing it’s also why no slot machine is designed to give you electric shocks when you lose. In short, random, positive reinforcement is a powerful thing.

In a way, Reddit, Facebook, and most other avenues of online procrastination, are a lot like slot machines. You go link by link, image by image, in search for a nugget of awesome. Most are duds. Occasionally you come across something really enjoyable that you can’t wait to share for the twelfth time today with everyone on Facebook. If Reddit links were all equally compelling, we wouldn’t be wasting so much time on them. We would get bored a lot quicker (extinction). But we don’t, because Reddit’s reward schedule is random.

The internet is a slot machine that pays out in cat videos.

So what about the dishes?

Dan Ariely famously tells the story of how he used to have to take medicine that had terrible, painful side-effects. He rewarded himself by watching a movie whenever it came time to take the medicine. That was his treat. He self-hacked to create a positive association that alleviated his dread and suffering.

I hate doing household chores. It’s boring, time-consuming and often yucky. I, too, enjoy movies, but I can’t very well watch a movie while doing the dishes or cleaning the bathroom. But podcasts, I’ve found, are a perfect source of random positive reinforcement. Crucially, you can listen to them while doing basically any household chore. Even more importantly, I only listen to podcasts while doing chores. Them’s the rules.

I enjoy listening to This American Life, Hollywood Babble-On and Freakonomics Radio. Not every episode is amazing. Not every Kevin Smith dick joke is hilarious. But every now and then I hit a jackpot and find myself either giggling like an idiot while cleaning the kitchen, or so enthralled by an interview that I simply don’t want to stop doing chores. 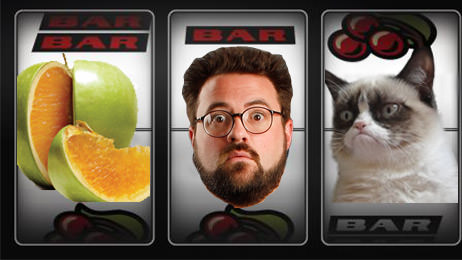 It’s gotten to a point where I actually find myself looking for more shit to do around the house, just to keep listening. Dishes are done? Well, that stove hasn’t been cleaned in a while… I now totally get annoyed when I see a clean, empty sink because that means I don’t get my random positive reinforcement. I’ve taken podcasts - an activity that used to be about passing idle time, very much like Reddit or Facebook - and turned it into a powerful motivator for chores I used to postpone shamelessly.

Anyway, that’s my self-hack. If podcasts aren’t your thing, there’s also audiobooks, radio, music - anything that randomly rewarding. I highly recommend you give it a try.